IT TOOK THREE SPECIAL SESSIONS BUT THE TEXAS LEGISLATURE CAME THROUGH!

The last stumbling block holding up moving freight rail traffic across the Rio Grande between Texas and Mexico in deep Southwest Texas was removed by the state legislature on October 19, 2021.

With a $15.5 million dollar appropriation secured from the Texas House and Senate, plans can now move forward to build a U.S. Customs and Border Protection (CBP) freight rail inspection station at Presidio so international rail commerce can restart between Texas and Ojinaga Mexico. Texas Representative Eddie Morales spoke on the House Floor late Monday (October 18, 2021) about the importance of the inspection station not just to Presidio, but for the rest of the state. Read more from this TRA Newswire story: http://texasrailadvocates.org/2021/10/19/big-step-forward-for-restarting-international-trains-across-the-rio-grande-at-presidio-tx/

An “Exceptional Item Request” for $35 million during the 2021 legislative session was removed from budget discussions by appropriators, stalling the last missing piece of a multi-million dollar rehab of the South Orient Railroad and an international rail bridge in Presidio, Texas. 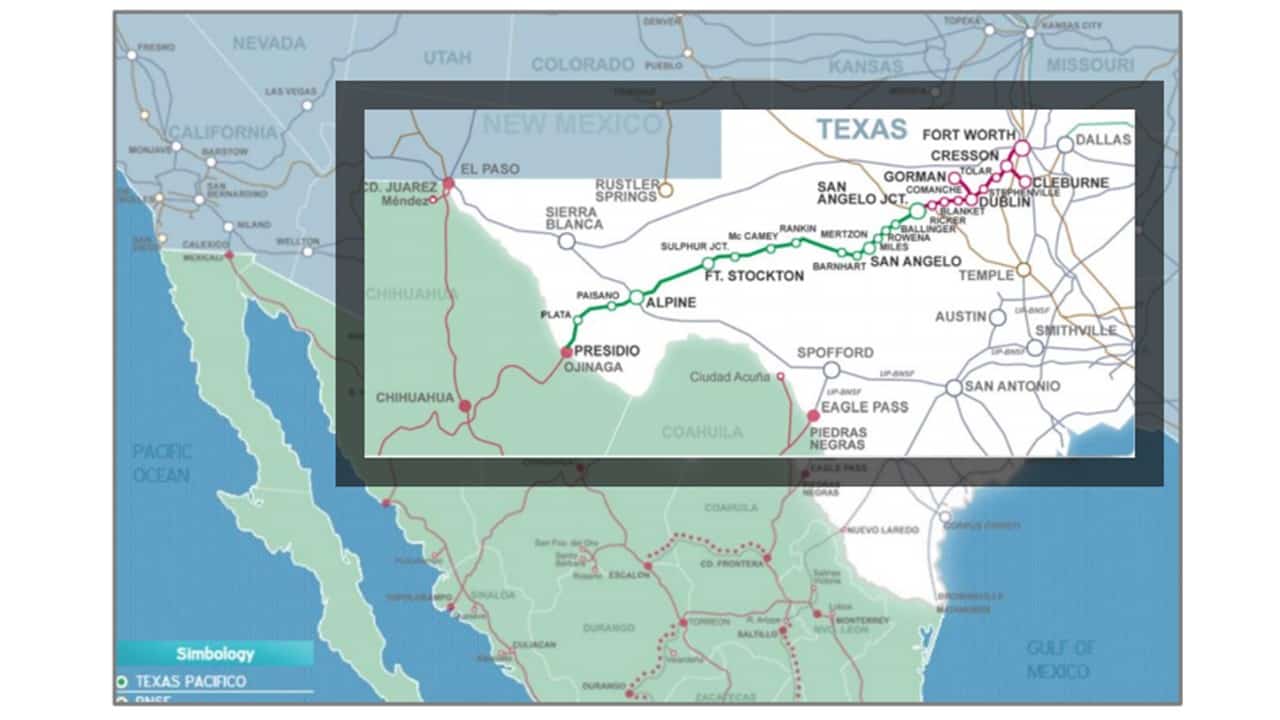 The international rail crossing bridge at Presidio was rebuilt after being destroyed by a fire in 2008 but required an upgraded CBP freight rail inspection facility before trains would be allowed across the Rio Grande. Texas Rail Advocates has been a stakeholder since 2008 in promoting re-establishment of this vital Mexico-Texas rail connection. Learn why the South Orient Railroad is a critical link in Texas’ rail system from this 2010 TxDOT video.

Texas Rail Advocates tracked bills filed in the 87th Session that directly or indirectly impact development of railroads or the railroad industry. Bills that we feel were productive got the Green Thumb Up while counterproductive bills receive the Red Thumb Down. Click on the bill number for details.

Houston Senator Borris Miles has filed a Joint Resolution that would permit additional uses of certain dedicated general revenue to enhance public transportation, bike paths, public sidewalks and non-toll highways. If lawmakers gave the Joint Resolution a green light, SJR 40 would have gone on the November 2021 ballot and the public would decide, by way of a constitutional amendment, to approve or reject the measure.

Excess monies in the state’s Economic Stabilization Fund (the so-called “rainy day” fund) would be channeled to four transportation modes. Revenue that was transferred from the fund each fiscal year would be used for constructing, maintaining and acquiring right-of-way for 1) public roadways other than toll-roads 2) public transportation 3) public bicycle paths and 4) public sidewalks.

Any funding would be channeled through the Texas Department of Transportation’s state highway fund. It would allow revenue to be used only for constructing, maintaining and acquiring right-of-way for (1) public roadways other than toll roads (2) public transportation (3) public bicycle paths and (4) public sidewalks. We urge citizens to contact your State Representative and Senator and support SJR 40.

We supported SJR 40 to let the public decide how their transportation funds should be spent. This bill did not receive a hearing in Senate Transportation and died. 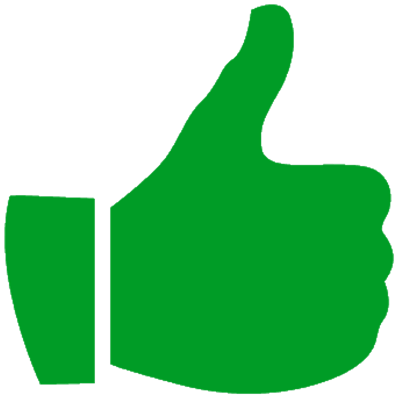 Makes it a prosecutable offense to operate an unmanned aircraft over certain facilities including railroad switching yards. We support this bill.

This bill was recently brought to our attention because of the author’s proclivity to file eminent domain bills that would slow down procurement of property for a high-speed rail project.

Bill died in the House

TxDOT could enter into long-term obligations, up to 30 years, for highway and public transportation projects secured by future revenue (there is strong interest in reviving the Texas Mobility Fund which voters approved in 2001 – Proposition 15 – and which expired at the end of 2014. This allowed the acceleration of mobility projects throughout the state. The Texas Transportation Commission would determine the projects to be bonded). Public Transportation projects as well as Rail can be included in the Mobility Fund. We support these bills. HB2219 was reported favorably from committee.

This is all about modal equity (do motor vehicles pay their fair share for use of state highways. Should tax and user fees be restructured). HB2223 was reported favorably, with the committee report filed with committee coordinator (this mean the bill is even closer to the Calendars committee than ones just reported favorably)

Allows heavy trucks hauling steel products up to 96,000 pounds to pay a fee for highway use (these overweight trucks do more damage to highways than the state collects to offset the fee).

If approved by voters, this would broaden the scope to allow counties to join cities and ports to issue bonds or notes “to finance the development or redevelopment of an unproductive, underdeveloped, or blighted area within the county, city, or town and to pledge for repayment of those bonds or notes increases in ad valorem tax revenues imposed on property in the area by the county, city, or town and other political subdivisions” (cities and ports currently can currently capture part of the increase in property value within a TRZ and put those funds back directly to use on transportation projects. This would allow counties to do the same and could foster regional transportation projects). We support this measure. HJR 99 was voted favorably from committee.

Passed House May 11 and passed in Senate May 27, filed with Secretary of State to be placed on statewide ballot in November

(Representative Toth has used inflammatory language trying to kill the Texas Central high-speed rail project between North Texas and Houston. He has blasted the project as a “deception” and “scam” and “involving deeding Texas land to the Japanese government” along with other comments. He filed a bill in the previous session that would have denied state agencies from working with a private entity. This bill specifically and unfairly targets high-speed rail projects).

Relating to the right of property owners to file complaints against certain entities regulated by the Railroad Commission of Texas regarding alleged misconduct by the entities while exercising eminent domain authority; providing a civil penalty. (Posted here because of potential eminent domain concerns that could indirectly affect railroads).

Representative Bell has filed and joined on a number of bills in past legislative sessions in an attempt to stop a private corporation from building a high-speed rail project between Dallas and Houston. (He’s back at it again).

Trains must operate with a minimum of two crew members. (This does not take into account short line railroads or yard operations of trains that may only require an engineer. Representative Davis files this bill every session).

Common sense safety measures that drivers are to take when approaching railroad grade crossings (Representative Krause follows up on a great rail safety bill that passed last session, with this one). We support it.

EXPANDS HOW TRANSPORTATION AGENCIES CAN ENGAGE IN PUBLIC-PRIVATE PARTNERSHIPS

Filed on behalf of Trinity Metro, which does not the same ability as Dallas Area Rapid Transit, to participate in Transit Oriented Development programs through Public-Private Partnerships. We support this bill.

This would prohibit certain information about public transportation riders from being released through open records acts, including personal trip data, demographic and financial information. We support this bill.

We support House Bill 2730 and oppose House Bill 901 shown below. While similar to some degree, we do not agree with the language in HB 901. Signed into law by Governor Abbott

If a high speed rail company files for bankruptcy an option contract is void (Doesn’t allow for a subsequent company to proceed with a project if the original company goes belly up. Harris is back at it after filing a slew of anti-high speed rail bills last session).

ACQUISITION OF PROPERTY FOR CONSTRUCTING A HIGH SPEED RAIL PROJECT

A high speed rail company has to have ALL the property needed before construction can begin. (Not 99.9%, all of it). Ellzey is the newcomer taking over the “kill high-speed-rail” mantra from former Representative Wray. In his press release Ellzey said he has “furthered his commitment in leading efforts to stop the high speed rail project by filing HB 3310 and HB 3311. Ellzey said he is “concerned with the use of taxpayer monies to subsidize the project and the infringement on private property rights.” (This is a non-starter as State law already prohibits taxpayer money to subsidize high speed rail.)

COMPOSITION OF A STATEWIDE PASSENGER RAIL SYSTEM, COORDINATED BY TXDOT

HB 3311 ensures the Texas Department of Transportation (TXDOT) cannot spend money and facilitate the development of high-speed rail in Texas (So TxDOT would still have oversight on projects for highways, airports, maritime projects and other modes but not for high-speed rail? This is a new end-run of bills to kill high speed rail from previous sessions).

A bill loaded up with lots of gotchas to prevent a high speed rail project ever being built in Texas (Every session Representative Leman looks for new and creative ways to keep Texans from travelling by high speed trains).

This bill would add additional safety requirements for rail employees from Mexico that operate trains across the border into Texas (Any Mexican (or US) employee is subject to the jurisdiction of the Federal Railroad Administration when they are working in the United States so this bill may be superseded by federal law).